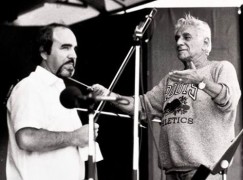 How much is your concertmaster worth? That’s tricky…

It has been a long-established fact of American musical life that the concertmaster of the New York Philharmonic is the highest paid orchestral player in the land.

That may no longer be the case.

But Glenn’s successor has yet to be named and it’s unlikely he or she will be paid at that rate.

Meantime, other concertmasters are creeping up.

And changes in IRS procedures mean that a concertmaster’s  pay no longer needs to be published if it is below $100,000.

So for the moment, the top three are:

No-one else above half a mill.

« Can’t give it away? Berlin Phil sells Karajan Edition for £1 a disc