Michael Volpe, general manager of London’s Holland Park Opera, has earned a reputation for exploring lesser-known masterpieces of Italian repertoire. But he’s finding it hard to get audiences to share his journey into the unknown. Here are a few tricks he has developed.

Beyond the obvious
Opera Holland Park are, generally speaking, the “go-to” venue for late Italian rarities; the list is very long and our most recent outing into this repertoire was last season’s I gioielli della Madonna which certainly caused an enormous stir. There was a time not too long ago that such productions would be first to sell out when the season was announced but nowadays it is not so easy; gioielli ended up selling 92% of capacity which is a remarkable figure, but in 2007, when we produced L’amore dei Tre Re, the production was entirely full within a short time and we came very close to adding an additional performance.

One can only deduce that audiences are retreating back into their shells, with cost and the resultant “cherry picking” of the operas they know high on a list of reasons. The economics of opera and ticket pricing is complex and I am not keen to fully rehearse arguments here, but I do believe that the general  British opera audience is terribly conservative in their tastes. People simply edit out anything with a title they do not recognise. To be fair, it doesn’t take a lot to encourage them to give something a try but you usually need to be looking them in the eye as you do it. I should point out that I am not really discussing new or contemporary opera here and I would also encourage you to keep a wary eye on what cinema screenings and the digital obsession are contributing to developing audiences in the theatre (apposite today).

One should be wary of generalising when discussing audiences; the opera crowd is divided into many sub-categories and among them are a sizeable group who do seek out new opera experiences but the very adventurous are often the most cost conscious, too. Opera houses and festivals require a large core group who fill the seats and frequently, this group will make their opera visit a once or twice a year treat. As such, they choose the well known as opposed to the rare or unusual. The economic situation of the past few years has affected this audience quite badly and they are now more conservative in their choices, meaning that even popular works can suffer. Last year, we were able to do some research that showed a group, best defined as professional, middle management etc., were considering a choice between Madama Butterfly and L’elisir d’amore where in the past they would likely have seen both. Butterfly won out and consequently the Donizetti was relatively less full than we might normally expect. The ROH had similar difficulties with the same opera in the year before and even critically acclaimed productions are finding audiences hard to come by.
In this environment then, rarities become a more difficult proposition for houses like OHP who depend a great deal on ticket income and have become used to  average capacities of 98%. The danger is that the “pops” are not now guaranteed to underwrite the rarities in a season – so we should aim to grow the audiences across the rep. Having produced rarities for over 18 years now, we have a  strong turnout for them when we put them on and, furthermore, we can also point to some of our very best work being in this repertoire so people haven’t been “let down”. But it is true to say that we are seeing a less frenetic demand for rarities  than we have been accustomed to. Adriana Lecouvreur, unknown in the UK when we last produced it in 2002 is our ‘rarity’ for 2014 and in the intervening years, Covent Garden has enjoyed success with it. But you can still get tickets for the new production we have arriving in a few weeks; this for an opera of sumptuous, simple appeal. 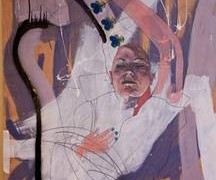 So where does this leave us? Why do opera audiences treat things they don’t know with suspicion? In the theatre world, where new plays are the great desire, “unfamiliarity” is clearly not an issue.

I think there is a cultural problem with the way audiences  approach their operatic experiences; to put it bluntly, they don’t often listen very carefully to them or at least take the music as it emerges, rather than waiting and hoping for a tune they might know or an obvious set piece.  A melody that flits into the score for a few bars and then dances out again is no melody at all, as if it didn’t happen. We are not discussing “difficult” music here but idiomatic operas with which those who love the classical Italian repertoire will feel at home.  When listening to a piece from our favoured repertoire in order to put it up for production, I am envisioning its accessibility, its beauty, the drama it presents, or the emotional impact it might have. You can rest assured that I, of all people, am not usually seeking intellectual or academic satisfaction for an audience but a real kick in the chest appeal.
Of course this might all just be about economics and the fact that people are finding life tough; just as they begin to spread their wings they may simply have just pulled them in again, afraid to “waste” valuable leisure budgets on something they don’t know. Many of the audiences who are more solvent or only occasional visitors to the theatre do tend to fall into the Traviata and Boheme category and rarely step outside of that repertoire. It is no coincidence that we have recently announced an additional performance of Norma, either.

As an industry we have to address the extending of the repertoire and the education of our audiences. It is partly about ticket prices and partly about habit but if we don’t try to tackle it, the temptation to fill the houses with “wall to wall Tosca” will become powerfully persuasive. In the past, we used to promote discounted CDs of our rarities (where they exist) and in the case of Mascagni’s Iris, shifted so many that, had they been sold through the shops, it would have been a number one classical album.  The reality is that educating audiences is likely to cost money in the form of discounted tickets, recordings and other methodologies.

At OHP we use a pay-what-you-think-it-is-worth programme called “Opera Challenge” whereby a number of tickets are made available free for each performance on a first come, first served basis and audiences are encouraged to make a donation to our Inspire charity once they have visited. And I have long argued that for a novice, something like Adriana is just as good an introduction as Boheme, so perhaps we shouldn’t only use the standard rep to “sell” opera to people who don’t have foreknowledge?