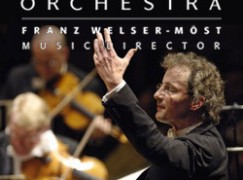 In a gesture rare for an ultra-cautious sector, the Cleveland Orchestra has nailed its colours to a rainbow mast. Read the press release below.

CLEVELAND — The Cleveland Orchestra proudly announces its community arts partnership with the 2014 Gay Games, being held this summer in Northeast Ohio.  The 2014 Gay Games presented by the Cleveland Foundation takes place August 9-16 in venues around Cleveland and Akron.  More than 35 sports and culture events will be held, with more than 20,000 people from more than 50 countries expected to participate and visit the region.

The Cleveland Orchestra hosts a kick-off welcome for the 2014 Gay Games at Blossom on July 27.  The concert, Broadway Standing Ovations, conducted by Jack Everly, includes Broadway highlights from The Phantom of the Opera (featuring Broadway’s “Phantom” Ted Keegan), Wicked, Rent, Les Miserables, and more.  A special promo code for discounted tickets is available for the concert through the GG9 website, www.2014gaygames.com.

And, during Games Week, The Cleveland Orchestra takes up the entertainment baton at Severance Hall for a special Summers@Severance concert on Friday evening, August 15.  The all-Beethoven concert, conducted by Jahja Ling and titled “The Beethoven Experience,” features pianist Orion Weiss performing in Beethoven’s Choral Fantasy with the Blossom Festival Chorus.  The concert features a pre-concert “happy hour,” an early start time of 7 pm for the performance, with musical selections running about an hour, followed by a casual post-concert “conversation and celebration” on the front terrace of Severance Hall.  Specially discounted tickets for this are also available by obtaining a promo code through the GG9 website www.2014gaygames.com.

In the spirit of inclusion, the Gay Games are not just about sport — a cultural component also runs throughout the week. Band and Chorus are both among the more than 35 sports and cultural events in which individuals can participate during the 2014 Gay Games, presented by the Cleveland Foundation.  Northeast Ohio residents who prefer spectating to participating can find something to entertain them almost every day during Games Week. Opening Ceremony on August 9 at Quicken Loans Arena is a full-scale spectacular, “Rock ’n’ Rubber,” celebrating the rich history of Northeast Ohio and the Games. Featuring Lance Bass, the Pointer Sisters, Broadway singers, community chorus, marching band and much more, the evening promises to be extraordinary.

PlayhouseSquare then becomes the home for band and choral performances featuring participants from all over the world.  On Tuesday, August 12, at 7:30 pm, the 100-member Lesbian Gay Band Association, a modern symphonic band led by Jadine Louie, performs “Personal Best.”  A second musical performance, “The Big Cleveland Sing,” takes place on Wednesday, August 13, at 7:30 pm featuring singers from all over the world, as well as Cleveland’s North Coast Men’s Chorus, Windsong, and Good Company Women’s Chorus.  The Gay Games Festival Chorus will be led by world-renowned artistic director Dennis Coleman from Seattle.​  Both performances will take place at the State Theatre.

Tickets information for Gay Games events are available at www.2014GayGames.com, where details about the discounted ticket offers for the two Cleveland Orchestra concerts can also be found.  More than 100 community partners, including The Cleveland Orchestra, are supporting the event and planning activities leading up to and during Games Week.

Revulsion as Walmart cashes in on concentration camp posters »