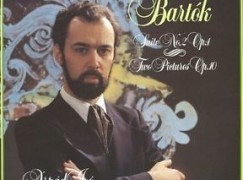 A much-recorded maestro has died, aged 65

We regret to report the death of Arpad Joo, a Hungarian conductor who migrated to the USA in 1968 and performed internationally throughout his life. He died in Singapore on July 4; the cause of death is not yet known.

After stuying at Juilliard, Arpad won the Liszt piano competition in Boston and went on to study conducting with Igor Markevitch and Carlo-Maria Giulini.

He was music director in Knoxville, Tennessee, at age 24, and not long after at the Calgary Philharmonic. Later, he was head of the radio orchestra in Madrid and of the Brabant orchestra in Holland.

He recorded the complete orchestral works of Bartok in Budapest and a dozen late-romantic recordings with the London Symphony Orchestra and the Philharmonia.

« Why I’ve taken my music off Amazon