Corriere reports: ‘At this point, there is no other way that the closure of the theater, ‘ says the superintendent of the Rome Opera, Carlo Fuortes. ‘Next Tuesday, the agenda of the Board of Directors is the forced liquidation of the theatre.’

The music director is Riccardo Muti. He has a weekend to save his company. 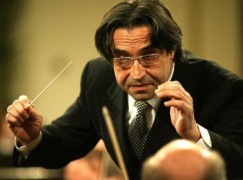 John Leach, who added exotic instrumental effects to John Barry’s score for You Only Live Twice, has died at 82.

His supreme moment on film was the Hungarian cimbalom he played at the opening of The Ipcress File.

The coroner in the hearing into the death of the violinist Frances Andrade, who died after giving evidence against the Chetham’s predator Mike Brewer, has ruled he cannot be certain Ms Andrade intended to take her own life.

She had been medicated with a number of anti-depressants and, said the coroner, had been badly let down by social and mental health services.

The coroner, Richard Travers, added: ‘Her reason to overdose was not to kill herself but was a way to cope with the [Brewer] court case.’

The verdict was welcomed by her widower, Levine Andrade. 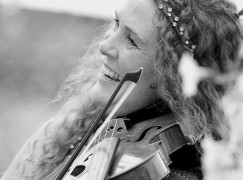 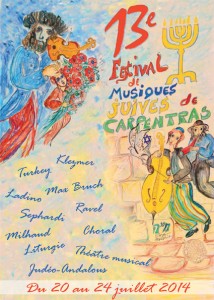 The conductor has written an article in the Guardian on the Gaza situation. His is almost the only voice that raises a glimmer of hope from the present disaster. Read Daniel here. You really should.

We alerted you the other day to a set of Bach suites, the summit of every cellist’s dream, that has been recorded for Warner by Nina Kotova, wife of the fraud-convicted co-owner of IMG Artists, Barrett Wissman.

We refrained for passing detailed comment on the playing, leaving that for specialist reviewers.

It’s not pretty. ‘No personality’, reads the sub-head.

Full review here (auf Deutsch). We feel sure someone will find something nicer to say.

Elina Lev has won an audition to play in the second violins of the San Francisco Symphony Orchestra.

Before that, she was associate concertmaster of the Charlotte Symphony for four years and then of the Utah Symphony. She’s the daughter of professional musicians in St Petersburg and a former student of Vadim Gluzman.

But her burgeoning career has just his a brick wall of US immigration bureaucracy. Elina applied for US citizenship. Her application was turned down. She appealed on grounds of being ‘an alien of extraordinary ability’ but the authorities are contesting that, suggesting that membership of outstanding orchestras does not qualify as ‘extraordinary ability’.

The case is ongoing. If Elina cannot get a green card or full citizenship, the consequences could be dire.

Read on here. She may need our support in an upcoming campaign.

Universal K. Allah, 37, one of two men who attacked Frank Almond with a stun-gun and stole his Stradivarius, has received a three-and-a half year jail sentence after pleading guilty to the offence. He will spend an additional three and a half years under supervision. Before sentencing he apologised ‘humbly’ to the Milwaukee concertmaster and to the court. It was his first known offence.

Almond (pictured, with violin and Itzhak Perlman) told the court the attackers had kept him under close observation and knew the names of his children. He had been lucky not to suffer a career-threatening injury when he fell on icy ground after being stun-gunned.

A second defendant, Salah Salahadyn, has yet to be tried. He is supposed to have masterminded the theft, for which Allah supplied the gun.

Helga Rabl-Stadler, the festival president, has painted a gloomy picture of the festival’s finances after the end of the present season, Alexander Pereira’s last as director.

She said: ‘There are sponsors that Pereira (pictured) brought in who will probably not stay.’ Their departure will cost the festival at least one million Euros in 2015 and more in the years ahead.

She added that a lawsuit by anti-smoking activists over Salzburg’s sponsorship by tobacco giant JTI will cost the festival a further 600,000 and jeopardise its modern opera programme.

It’s a sombre curtain-raiser for this year’s festivities.