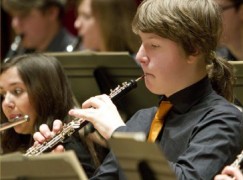 Robin Brandon-Turner, who admitted making a girl pupil perform oral sex on him for three years from the age of seven, was sentenced yesterday at the High Court in Edinburgh.

The judge, Lord Turnbull, said he took into account the young man’s intelligence and background and that he would be required to conform to the instructions of a supervising officer.

The court heard that the defendant had the prospect of becoming a world-class oboe player. Brandon-Turner, who is now 18, was sentenced to two years’ probation.

« Russian pianist faces demos at Carnegie Hall and beyond

Into the woods! The Leonard Bearstein Orchestra is coming your way. »