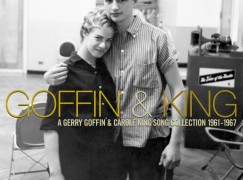 Will you still love me tomorrow? Gerry Goffin’s gone

Co-writer and sometime husband of Carole King, Goffin, who has died aged 75, was a fount of pinpoint lyrics in New York’s final decade as the world’s songwriting empire.