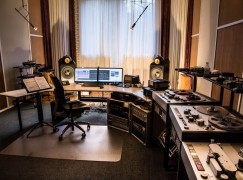 Whatever became of the exquisite Philips studios in Holland?

They’re still around, if you know where to look. That discreet and rather lovely Philips Sound is still there for the taking. Conductor Simon Murphy has been working there. He reports for Slippedisc.com.

Reminiscences on the old Philips studios by conductor Simon Murphy 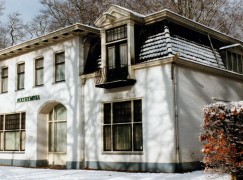 It felt very special to be back in the saddle at the Polyhymnia International (old Philips Classics) studios in the Netherlands last week, editing and mixing a rather nice little live recording. I always find it amazing to visit that place, to work with the fabulous people now there, and to think of all of the amazing recordings that have come out of those studios. It’s all most magical.

What’s so nice about the place is that it’s not at all a “has been” place full of nostalgia. It’s alive and well, and is a living tradition with Polyhymnia (as an on-location and post-production studio/house) and PentaTone (as a label) carrying on the tradition of quality but in their own new, different and innovative ways, and with ex-Philips legends including Erdo Groot and Jean-Marie Geijssen, to name but a few, carrying on their own personal tradition of excellence as well as mentoring and training a new generation. It’s so nice to see that the immense knowledge, skill, experience and craftsmanship of those people – much of it developed during those Philips years – is not only still alive and very well but also developing further and flourishing. Each time, I feel very grateful to be able to go there and work.

I have many beautiful and exciting memories associated with that place. For example, the Corelli Concerti Grossi disc we did together was a massive project, and one in which I invested a lot of time and emotional energy. I wanted it to be truly amazing and ground-breaking, and I had worked my backside off to make that happen – from the project conception, planning, partnerships, rehearsals, performances, on-location recording at the Vredenburg, through to the post-production. I can still remember exactly the fresh smell of the woods in the early morning, as I, rather nervously, walked from the train station to the studios to make the final mix. Then, hearing it in all its glory in the studios (on one of their surround sets of 5 of those very large B&W speakers) was all very emotional and elating. It was a big Yes and my legs felt pretty much like jelly on the walk back to the station.

In their forest setting, the studios are a rather strange combination of serenity and exciting action. I’ve certainly pulled many an all-nighter there with producer Carl Schuurbiers, getting a next recording finished for a 9am courier pick-up. In this way, one of my favourite memories of the studios themselves was of a very good-natured (but completely non-English speaking) Russian lorry driver who seemed to be there with his truck every time I visited there for a while, around 2005-2006. Together with the hustle and bustle of the Polyhymnia people quadruple-checking the load and the matching Russian custom forms for what was probably hundreds of thousands of euros worth of their, mostly custom-made, recording equipment, which he was about to drive off into the night, off to Russia for a set of recordings, it was all quite a spectacle. It went well apparently, and they’ve now got an extra set of gear permanently stationed in Moscow.

I first visited the Polyhymnia studios in 2002. Located in Baarn – a rather exclusive, leafy residential area, near the Dutch broadcasting centre of Hilversum – I was bowled over by the old-school, Philips, classic-ness of it all – from the palatial villas, the old-boys-club style tennis courts across the street called “Phono-Smash”, through to the “museum” glass case with historic Philips microphones and gear at the studios’ entrance, including one of the transistor-radios, which, with its application in Indonesia and other Dutch colonial markets back in the day, Philips had became so enormously successful. I was excited but quite nervous, as I had a lot riding on the visit. The heritage and the “greatness” of the studios was very, very impressive, but it was all a little bit overwhelming for me at that first moment. The buildings themselves are unassuming, perhaps classically Dutch and sober in that way – pretty much just a big shed. But what a shed. One with a massive history, and one which has had quite a huge impact on the world. For me, that made it even harder to get my head around, that first visit. Wow.

A year later, after I had just released my very first CD (as a conductor) with PentaTone (a disc of pioneering, early Mannheim symphonies, which I’m happy to say went on to win an Edison or Dutch “Grammy”), I went for a visit to organise a few things and afterwards was offered a lift by one of the PentaTone bosses, Dirk van Dijk. When we walked past the studio car park to large house across the road (next to the tennis courts) and I looked a bit perplexed, he said, proudly, that the old Philips boss (then retired, and on a multi-month world trip) asked him to park in his driveway so that it would look like there was someone at home. When he started up the car and my first CD sprung into action in his CD player, he said – then even more proudly – that he always had it on in car because it made him feel good.

Well, that made me feel good too. And it still does.

« Yo Yo and son, Nicholas, play first media duet