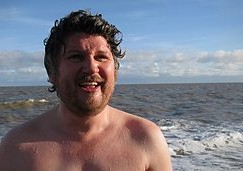 What it will take to run BBC Radio 3

They’ve averstised the vacancy today, and shifted the goalposts.

It is a much diminished role, in which the new boss will function beneath a new ‘Controller’ of Music and will have oversight, rather than control, of the BBC Proms.

The key criteria are:

Respected industry/media figure, ideally with experience gained within music, culture, media and / or broadcasting, and a demonstrable ability to schedule, programme and prioritise to the benefit of audiences

Experience of leadership within a large or complex organisation and of effectively leading large teams and developing talent.

The second line would appear to exclude internal favourite Tom Service, who has the support of many staff.

It would tend to favour old ex-BBC hands like Stephen Maddock, Tony Sargent and Hilary Boulding.

Gillian Moore of London’s South Bank remains the front-runner among non-BBC applicants, though we hope the likes of Susannah Eastburn (Sound and Music) and Marcus Davey (Roundhouse) will be tempted to throw their hats into the ring.

« Diva Joyce to BBC: ‘I love that the public stands up and defends what we do.’