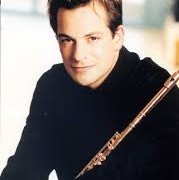 After the London Symphony Orchestra appointed a school-leaver as its co-principal trombone last week, we put out a call for the youngest-ever players in an international class orchestra.

Setting aside 14 year old Duaa Majid Azzawi who was appointed second oboe in the Iraq National Symphoy Orchestra in 2009, this is what our readers have offered by way of a definitive listing: 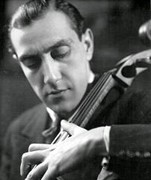 Charles Treger, violinist, Detroit Symphony (according to a 1976 newspaper report).

Neville Marriner, violin, played in the LSO in 1939.

Peter Steiner, cellist, joined the Deutsch Oper Berlin in 1944, before spending 48 years in the Berlin Phil.

Stanley Drucker, clarinet, entered the the Indiannapolis Orch at 16 and the New York Phil at 19. 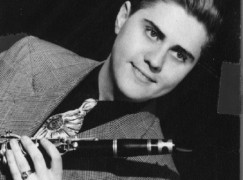 Michal Winfield may have become principal oboe of the Halle at 16.

Danilo Stagni became principal horn at La Scala when he was 16.

Arnold Rosé was 17 when he took the concertmaster’s seat at the Vienna Opera in 1881. 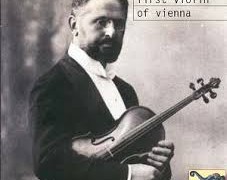 Roger Voisin became assistant principal trumpet of the Boston Symphony Orchestra at 17 in 1935; he became #1 trumpet in 1950.

Michael Thompson was appointed Principal Horn of the BBC Scottish SO at 18.

Emmanuel Pahud was 18 when he was named principal flute at Basle Radio Symphony.

Paul Renzi became principal flute with the San Francisco Symphony in 1944 at age 18.

Jaap van Zweden, concertmaster at Concertgebouw at age of 18.

Yo Yo and son, Nicholas, play first media duet »