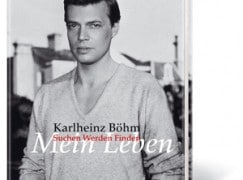 The batonless frustrations of a great conductor’s son

The actor Karlheinz Böhm, who died on Friday, was renowned first as a film actor, then as a kind of Austrian Bob Geldof, who from the 1980s on raised millions for hunger-stricken Ethiopians.

But he started life as the son of Karl Böhm and never really lost the urge to match his father.

Playing piano as a boy, he was told by the pedagogue Rudolph Backhaus: ‘Not good enough for the son of Karl Böhm’.

In the 1960s, he became his father’s manager for a while.

In return, he was allowed to direct Elektra in Stuttgart. ‘Very nice,’ was his father’s only comment.

He found fulfilment elsewhere, among Africans, far from home.