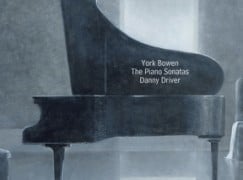 We hear word of internal turmoil at the exquisite Hyperion label.

Although none of the parties involved have responded to our inquiries, it appears that Mike Spring – who was producer and commercial director – has walked out after 25 years.

He has been seen lately at industry gatherings recruiting talent for the APR label that he bought off the shelf a few years ago.

Mike Spring is an aficionado of piano music, 19th century romantic in particular, and he has been the driving force behind Hyperion’s vast and intriguing series of long-forgotten concertos. He is personally close to several the label’s major artists.

It appears that Spring has fallen out fatally with Simon Perry who inherited the label from his late father, Ted. Simon has lately assumed total control of the business, buying out his siblings. This may have been the trigger for Spring’s departure, but neither man is saying much.

Airline to soloist: A cello will cost you six fares »