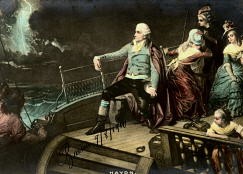 Lost memoir: Haydn told me, ‘I am but a child compared to Mozart’

Our friend Michael Lorenz has come up with another Mozart gem – the memoir of a Scottish-Polish musician, Ludwig-William Ferguson-Tepper, who visited Haydn twice in Esterhazy and Vienna.

When I told him what I thought of his compositions and described to him the real enthusiasm they caused everywhere, he replied: “Ah! Sir: we have someone in Vienna who will crush us all; he is a universal genius, compared to whom I am a child.” He spoke of Mozart, who at that time was still alive…