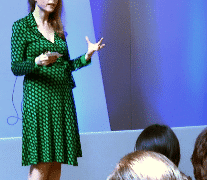 Klinghoffer: It’s not enough to be not anti-semitic

Noreena supports Met Opera chief Peter Gelb’s cancellation of The Death of Klinghoffer relay ‘at this time of rising antisemitism, particularly in Europe’ and furnishes it with credible statistics. She quotes an ADL survey: ‘ 24% of people in western Europe (37% in France, 29% in Spain, 27% in Germany, 69% in Greece) and 34% in eastern Europe (41% in Hungary, 45% in Poland, 38% in Ukraine) harboured antisemitic views.’

However, in justifying the Met’s cancellation, Noreena Hertz promotes an artistic taboo that, in our view, cannot be helpful either for intellectual clarity or for the fight against racism. Here’s here conclusion:

The Death of Klinghoffer neither condemns nor condones the execution of the American Jew Leon Klinghoffer by Palestinian terrorists. In the world of opera this may be acceptable. This may be the prerogative of art. In the real world not taking a stand against antisemitism is categorically not an option.

Would that mean a ban on Merchant of Venice, Oliver Twist, Richard Wagner, T. S. Eliot and certain works of Conan Doyle and Agatha Christie?

Isn’t it better to name the beast than to push it under the bed?  Few stage works express Arab anti-semitism more directly than Klinghoffer. Gelb’s ban suppresses that recognition.

Nothing is gained by censorship except the closing of minds. Evil exists in this world and art must seek to confront it.

Anti-semitism is a resurgent evil. Let’s name it, shame it and keep it under discussion.

A Rattle baby is born »