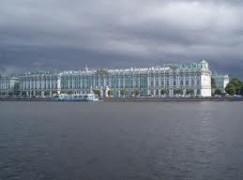 Hermitage curator: ‘I was working in a country where there is no civil society’

An astonishingly outspoken assessment from the influential German curator Kasper König, who is about to open Manifesta, the European Biennial of Contemporary Art, at the State Hermitage Museum in St. Petersburg.

It is the first time the great contemporary show is being staged in Russia. Probably also the last.

Says König: The ink on my contract was still wet when that appalling anti-gay law was passed. It became clear to me that I was working in a country where there is no civil society. Practically anyone can make a law and it’s waved through as long as that person has enough money and power. These strategies, in my opinion, are meant to make the people feel insecure so that they don’t think about their future or about change.

Read the full and frank interview here, on DW, in English.

« Just in: Lorin Maazel quits Munich, takes a year off