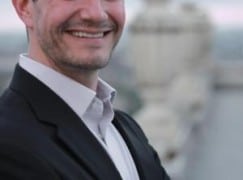 DALLAS, JUNE 25, 2014 – In the wake of Jonathan Pell’s decision to step down after thirty years of distinguished service to The Dallas Opera, General Director & CEO Keith Cerny is delighted to announce the appointment of a new Artistic Administrator, Ian Derrer.

Working closely with Dr. Cerny and Music Director Emmanuel Villaume, the Artistic Administrator will be responsible for supporting the planning and implementation of the company’s programming for future seasons.  Going forward, the leadership team will also include Director of Production John Toia and Technical Director Drew Field.  To ensure continuity, as previously announced, Mr. Pell will continue to serve as Artistic Advisor to the company until the end of the 2016-2017 Season.

« When did Mozart write the Canadian national anthem?