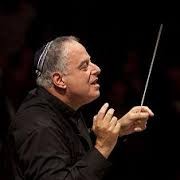 David Stern, New Yorker son of the violinist Isaac Stern, is to be replaced as music director of the Israel Opera after six years in the job.

From the start of next season, the music director will be the Israeli Daniel Oren.

Stern has not done much wrong. Nor did his predecessor, Asher Fisch, who was ousted in 2008 after ten years in the post.

No reason has been given for either switch. The only person who can give cause is Hanna Munitz, the company’s long-serving general director. And she’s staying shtum.

« Rare defeat for Steinway in the Arthur Rubinstein finals

A Rubinstein winner on the perils of finals »