Queen Sofia of Spain was out on the town in New York last night, launching a US foundation for the ever-troubled Liceu theatre of Barcelona.

It’s like to be one of her last official acts. 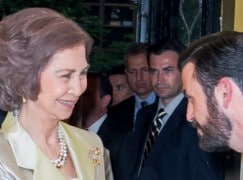