Michael Francis, the LSO double-bass player who got his breaks deputising for a late or absent Valery Gergiev, has been named music director of the Florida Orch. 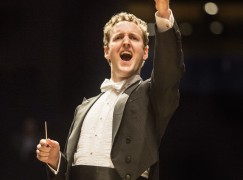 It is less than three years since Michael Elliott became chief executive of the Royal Scottish National Orchestra, but today it was announced he is moving on. Again.

Elliott is more a mover than a shaker.

He became chief exec of the troubled Royal Liverpool Phil in 2001. Five years into that job, he took a second post as co-director of the successful bid to win the City of  Culture title. In 2008, he left Liverpool to run the culture side of the Department of Culture, Media and Sport.

When the Labour government fell, he took the Scottish job. Three years later, he is moving on to a decidedly unsexy job as head of the music examinations body, ABRSM.

That’s a very busy c.v., busier than anyone in the business. 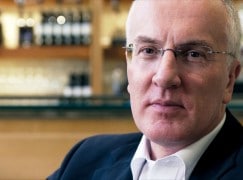 Our exposure of Chicago’s non-paying Beethoven Festival has drawn all manner of confessions from musicians who took part. It’s not just the injury of being ripped off by the organiser, but the added mistrust of discovering that some of your colleagues were paid while you were not.

Here’s a pungent, highly readable account from Ellen McSweeney, who’s no great fan of Slipped Disc and seems unsure to be glad or sad that we lifted the lid on this scam. Read Ellen here.

Why were the wronged musicians and their friends still so quiet? And, come to think of it, why did we maintain silence for nine months as we awaited sums of money that, to us, make or break our ability to pay the rent?

For me, the story of the Beethoven Festival is a story of vulnerability: my own individual vulnerability, that of my colleagues, and that of our entire musical community. Much of the most artistically adventurous work in Chicago isn’t unionized, and we take a leap of faith every time we work for each other.

There’s a whole new breed of opera commentators who spout before they see.

Lots of them about The Death of Klinghoffer. Here’s one. 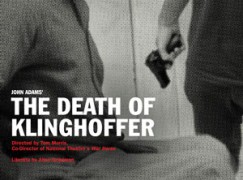 Robert Poulton was tragically killed in a car crash after a performance run at Glyndebourne two years ago. He was a hugely popular performer on the British and European opera circuit. Now Philippa, his widow, is raising money, partly to help city kids to learn how to sing.

Do help her, if you can, with a donation. 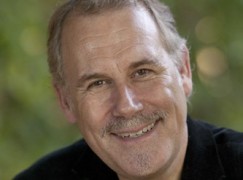 My husband Robert Poulton was an operatic baritone who was tragically killed in a road accident in Sussex in October 2012. We were extremely happily married, and are the parents of two beautiful sons.Rob was a wonderful father, and a very successful opera singer, but he was also so much more than that. If you were ever lucky enough to spend time in his company, you will know exactly what I mean; he had an innate ability to share his love for life, his charm and his integrity with everyone that he met. Whilst on stage he was able to engage with the emotions of his audience in a way that eludes many classical singers of this generation. He was not only able to reduce the most challenging of audiences to tears with the timbre of his mellifluous baritone, but he could also evoke intense laughter, with merely the lifting of an eyebrow, or the twinkling of an eye. When he sang he made you feel good; it’s as simple as that!In launching Rob’s charity, my aim is to pass on his love of singing, and its ability to change lives for the better. I know that this is both greatly needed and entirely possible, in a world that can often be challenging.At first we shall be focussing on 2 areas:1. To send a specialised singing tutor into 2 schools based in Inner London. These schools have yet to be identified, and we will be concentrating on whole class sessions involving Key Stage 2 children.2. To set up and fund a Community Hospice Choir in East Sussex.

We hear that Colston Hall in Bristol – named after a 17th century English MP and trafficker in human misery – is looking for a sponsor who might relieve it of past associations.

By neat coincidence, the hall will host a performance next season by the Kinshasa Symphony Orchestra, Africa’s bravest. 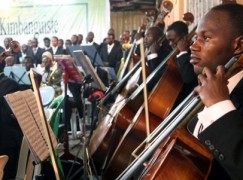 This early feminist text is new to us, though actually more than 40 years old. It begins:

You wake up in the morning and find yourself back to back in bed with an unconscious violinist. A famous unconscious violinist. He has been found to have a fatal kidney ailment, and the Society of Music Lovers has canvassed all the available medical records and found that you alone have the right blood type to help. 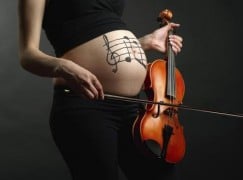 He’s guilty of conspiring to hack phones, she’s not.

Her husband and PA also cleared.

Benedetta Torre is 20 and sounds like the finished article. She’s singing at the Voci Verdiane di Busseto, at the composer’s birthplace. 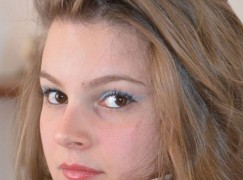 This is actual security camera footage of a thief coolly planning the theft of a violin in a Utah recital hall.

Summary: As interns for the Summer Chamber Music Workshop, some friends and I were assigned to pick up lunch at nearby Subway (1300 E). The time I left my instrument in the Dumke Recital Hall (4th floor, the University of Utah music building) was at 11:40 AM. According to the surveillance cameras, we were able to see the suspect lurking around outside of the hall from about 11:50 PM. Then later the hall camera spots him putting my violin case (violin inside) into a couple of garbage bags at around 12:17 PM. The thief walks down the main stairs around 12:20 PM, exiting the building (the cams are about 20-25 minutes behind the actual-time).

The Instrument: My violin is made by a Salt Lake City luthier, Scott Brown. The label inside the instrument shows the serial number, “No. 26”, the crafted date, “2011”, and also the luthier, “Scott Brown”. The instrument case is “BAM high-tech contoured case” and the material is carbon fiber.

What’s Unique: From the photos, the violin has 3 oval “washed” varnish marks on the front, bottom part of the violin (1 on the left, 2 on the right). Also it has the golden string “adapter” for the ball-end E-strings (Kaplan ‘no-whistle’ string adapter).

The Suspect: According to the footage… Caucasian male, around 6 feet tall, age between 27-35, some facial hair around chin and mouth, short dark hair (brown-ish). average body build. He also makes some random gestures and speaks with himself throughout the footage. He tends to walk with his feet pointing out about 45 degrees in angle. He were an over-sized grey shirt and jeans (check the suspect photos).

Please let me know if you have any information regarding to the suspect or violin.

The somewhat stuttering Swiss mountain festival has secured a major coup this summer – a rare recital by the world’s most sought-after piano teacher, Sergei Babayan.

Based in Cleveland and recently recruited by Juilliard, Babayan has been a magnet for piano hopefuls ever since his outstanding protege Daniel Trifonov won the 2011 Tchaikovsky piano competition in Moscow.

He will play Liszt, Chopin and Bach at Verbier. 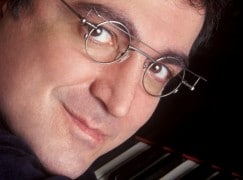 Producers Wyck Godfrey and Marty Bowen have cast Ansel Elgort as the young Tchaik-winning pianist in a forthcoming biopic, based on the Howard Reich biography, Van Cliburn.

Elgort is the hot young star of the youth cancer drama, The Fault in our Stars. 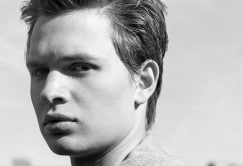 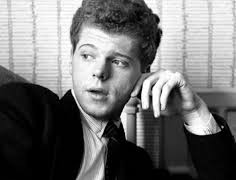