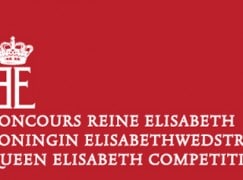 Slipped Disc editorial: A music competition that blanks out most of the world

We reported earlier that there were no US or UK finalists in the Reine Elisabeth singing competition in Brussels. There are no Australians, Canadians or Africans, either. No Russians. No East Europeans.

What kind of ‘international’ competition is that?

Are we to believe that the greatest concentration of singing talent is now to be found in South Korea and… er, Belgium?

Apparently no Americans applied and only one Brit put in, deterred by the high cost and the likelihood of a warped verdict.

A Slippedisc.com observer tells us: It is very obvious that the jury has made some funny decisions. From the beginning there were singers with really bad pitch coming through, singers who had trouble getting to the end of their arias, but were pretty young women. Some of the competitors pumped the press with PR-driven interviews so that the audience applauded them frenetically even before they sang.

It cannot be coincidence that of 12 finalists three are Belgians , and two more study in Brussels.

Small-town stuff, then. Not really an international competition.

« Just in: Music’s future is in Asia, says Universal chief