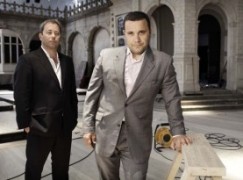 Opera festival director: It is inappropriate to mention body shape

Michael Volpe, founder and manager of Opera Holland Park in London, shares the public and professional outrage at the critical body-weight assault on a beautiful young singer at Glyndebourne. But, in an article for Slippedisc.com, Michael (pictured right) argues that the opera industry needs to look closely at its practices. It has been guilty, he says, of ‘sexing up’ productions in pursuit of an elusive mass audience.

‘We have sought out audiences who come from a world where looks ARE everything and to some degree we have pandered to them.’

You can read his full article below. Discuss.

I ought to tread carefully amid the body shaming sturm und drang of Glyndebourne’s Rosenkavalier . Everybody has a hair trigger, the web is alight with not just this issue but associated matters of misogyny. But I do think we need to step back one pace and examine our own industry, our practices and our attitudes. First, so that I can try to discuss the matter unfettered, a qualification; I do not believe it was, or is, appropriate to mention the singer’s body shape. I have never thought it appropriate. There. Hope that suffices.

But let us look at how things ARE, as opposed to how they should be. Over the past twenty five years, I have been deeply involved in selling the concept of opera to the masses and the overwhelming emphasis has been the elevation in the public’s mind of opera to a theatrical and “relevant” art form. The entire industry, moreover, has been at it and I have lost count of the number of articles and interviews I have read (or written) on how opera is way beyond the stereotype image of the “fat lady with a horned helmet”.  As an industry, we have been trying to sex it up for ages, acquiescing to the media demand that we prove opera isn’t anachronistic. Singers – male and female – get their kit off on stage,  in photo shoots they gaze sexily at the viewer, we salivate at the mesmerising concept of an immensely talented singer who also happens to be hot, trumpeting that “opera isn’t what you think!” We advertise operas with husband and wife leads as “opera’s hottest couple”, present productions with nudity (like this Rosenkavalier in fact), we try to be bold, challenging and above all produce shows that amplify the sexual angst and bodice-ripping of opera and the literature upon which it is often based. In opera, we are indeed obsessed with sex and sexuality and have been objectifying singers for years. OHP’s productions are far from straight-laced, but these are the facts and it is indisputable that opera has chosen to cavort with the devil; people judge us by the standards of other art forms. 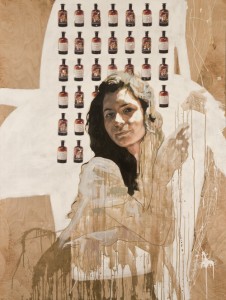 Of course, the problem that opera has is that it is an extraordinarily specialist craft, requiring unrivalled training and ability. We demand, or we at least should demand, the finest voices. But we also tell audiences, many of them raised on popular culture, that the operatic stage offers unrivalled dramatic purpose, it is believable, it is a coruscating, emotional roller-coaster. Yet so many of those new audiences that we have tried to appeal to don’t yet realise and understand what opera demands of its exponents and we have been busy trying to tell them they can relate to it in the same way they can relate to their favourite soap.  We have sought out audiences who come from a world where looks ARE everything and to some degree we have pandered to them.

And what of the critics and our own industry? Are any of us unfamiliar with stories of directors who cast physically, have we not forced critics to accept the wider view that opera needs to change and  be given more room to evolve and flourish in the new (digital) world order? Are we blameless?

You see, I think we are right to be angry about the reviews in question (several critics will confirm past opprobrium from me on this matter) because they are rude and unpleasant for the singer.

What I have had trouble with are the consequent arguments positing the theory of what opera is (i.e “all about the singing, we don’t do sexy”) when it has become something else entirely. The opera industry is now fulminating over the incident and whilst all of the comment I have read seems immensely heartfelt (and the solidarity with the singer is terrific) I do find the claims that opera has nothing whatever to do with theatricality and is instead entirely about the singing a little hard to swallow.  Yes, companies should cast blind, because audiences will rarely accept an attractive but poor singer; on this we can all agree. And singers do not have to be svelte or handsome to effect believability, something that is at the heart of the matter, but we must also take umbrage when reviewers make a meal of the attractiveness of singers, we must stop chasing column inches and retweets with controversies and provocative headlines and above all, we should stop trying to dance unendingly with the digital devil and those whose entire world it is and for whom live performance experiences, let alone by good-looking performers, hardly ever features. Media will demand more of the kind of thing we saw yesterday because we have had a hand in teaching them how to behave.

Opera should be what opera is, what we know it can be; if we keep shifting the emphasis, if we maintain our insistence that we are relevant by aping the worst excesses of theatre, West End, youth culture and the “it” crowd,  then it won’t be people like Rupert Christiansen we have to worry about, it will be the entire audience in the theatre. If there is one, of course.

« ‘Dumpy’ singer’s critic: I stand by every word I wrote

The hole at the heart of Rupert Christiansen »