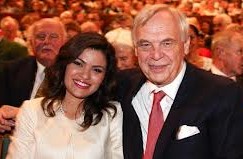 La Scala signs a death warrant, perhaps its own

The governing Fondazione Teatro alla Scala took a preposterous decision today on its incoming Sovrintendente, guaranteeing chaos and confusion for the next two years at least.

Alexander Pereira was told by the Mayor of Milan, Giuliano Pisapia, that by shifting loss-making productions from Salzburg to La Scala he made himself unfit to be head of La Scala in the long term.

He will be appointed to the post immediately, but is required to offer his ‘irrevocable resignation’ no later than December 31, 2015 . Pereira has not yet responded but it is unlikely that he can accept the job on these terms. UPDATE: Pereira’s response here.

Nor, as the mayor has admitted, will it be easy to find anyone else of comparable ability and experience who can take over the house at short notice.

« Clive Gillinson: ‘He maddened the rest of us cellists’

A Fine celebration for his centenary »