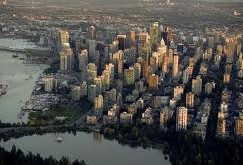 Is the AFM bullying Canadian musicians?

This just in from Ed Henderson in Vancouver.

AFM in NYC fines the entire Vancouver Executive Board 50K each

A letter from the New York based head office of the American Federation of Musicians (AFM) arrived today. The postmark said it was sent two weeks ago. The International Executive Board (IEB) of the AFM charges me and eight other former board members (and one staff member) of the Vancouver Musicians Association (VMA), with a bylaw infraction. In two weeks we are to defend ourselves before the same IEB that is charging us, the same IEB will pass judgment upon us and, as the letter states, the same IEB promises the most extreme punishment possible: expulsion from the AFM (meaning no chance to work again on any AFM gigs: Symphony, CBC, Opera, Chilliwack band, record sessions, solo concerts, theatres across the country etc… – all of which have been my livelihood for the last 40 years) and a $50,000.00 fine for each of us. They will win (how could they lose in their own court?) and they see that as an easy 500K, which they desperately need.

Prosecutor, judge, jury, deliverer of punishments and collector of fines all in one body based in New York – a body that maintains full control of the Canadian Federation of Musicians offices and claims ownership of all Canadian locals. And they get most of our dues too.

Why are they so vicious? That Vancouver had the audacity to negotiate a contract. A contract based on an already existing Canadian film and TV contract, which had been in constant use for twenty years. The new members of the IEB want nobody to use the Canadian contract and added restrictions to it making it unusable. We negotiated a contract to replace what the IEB denied us and as a result: VMA trusteeship.

Film is a serious industry in BC (around 1.5 billion a year) yet local musicians, prior to the trusteeship, accounted for less than 2 cents of every $1,000.00 spent on film in BC. With such wonderful musical talent in BC does this make any sense? Not to me but, the AFM told us they’d rather we worked non-union – to quote their lawyer speaking last month in the BC Supreme Court.

The AFM has gone from 300,000 members in the 1980’s to around 70,000 today (a greater proportion of those losses occurring in the USA). Could this be because of actions such as those current against Vancouver? Perhaps there are other reasons too. I don’t know a film producer today who will sign an AFM contract – I used to know some but now they all refuse to put their names on an AFM document and that is a shame for all Canadian musicians.

And, all I can say is Oh, Canada – my home and native land! I want my CFM back in control of Canadians who are interested in Canadian concerns and not in pleasing the IEB. As I said, the IEB will win in their court and see it as an easy 500K. I see this as the end of the AFM for which, all musicians will lose.

UPDATE: Ed adds on his FB page: Dues from Canada go to New York and they pay the staff and expenses of the Canadian office (and NY rules the CFM staff as well). Canada is the only country in the world with a musicians association controlled by people in another country – that is crazy. If I had known that when I joined, in 1973, I would not have joined.

« New research: Cynics are more likely to get dementia