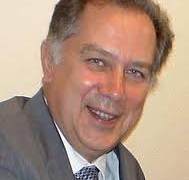 Gergiev’s rival secures his Moscow base

Alexander Sokolov, a Putinist former minister of culture (2004-08), has been given a third term as head of the Moscow Conservatoire after an internal election that he won by a 261-4 margin.

Insiders say Sokolov, 65, is trying to wrest the Tchaikovsky Competition back from Valery Gergiev into the hands of a professorial clique.

Peter Grote, the piano salesman who has been installed as the next competition’s artistic director, is said to be Sokolov’s place man. Gergiev, according to our sources, is being written out of the script.

The kind of cultural in-fighting that used to prevail under Soviet authority has been revived by the Putin regime.

« Chaos at Rotterdam Phil as boss extends his sick leave