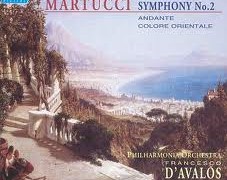 Death of a noble conductor

We have been informed of the death, aged 84, of Francesco d’Avalos, descendant of centuries of Spanish-Italian nobility and a determined propagator of some of his country’s lesser-known glories.

I first came across him as conductor, with the Philharmonia Orchestra, of luscious, little-known works by the quasi-Mahlerian Giuseppe Martucci. he also composed two operas, one about his ancestor Maria d’Avalos, wife of the wife-murdering composer Gesualdo.

Francesco died on Monday in the palazzo where he was born. May he rest in peace.

« At last, a monument to Callas’s rival

Maya Angelou: Music was my refuge »