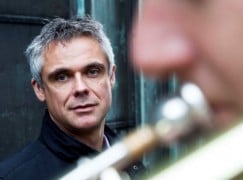 Chaos at Rotterdam Phil as boss extends his sick leave

We’ve been hearing rumblings of discontent for months, but our informants refused to be specific. Now, the rupture is now in the open.

The Rotterdam Philharmonic has a scattering of empty seats in the ensemble and some very discontented musicians. In the face of player complaints the chief executive, Hans Waege, has been – even by Dutch standards – uncommunicative.

Five weeks ago, Waege went on sick leave. Only his doctor knows when he’ll be back. The uncertainty is unsettling. Several players have been auditioning for other orchestras. The music director, Yannik Nézet-Séguin is believed to have had a falling out with Waege.

Here’s a report in Dutch.

Gergiev’s rival secures his Moscow base »