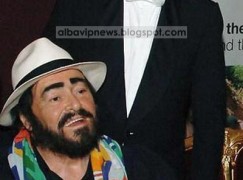 Alice Coote: What opera needs is a dose of tough love

The mezzo-soprano Alice Coote was first into the fray when a young singer was critically savaged for her size early this week. Since then, she has been carefully considering the wider implications of the body-image furore. Here, exclusively on Slipped Disc, Alice calls on the opera world at large to reconsider its priorities if it wants the art to survive. Think about it. 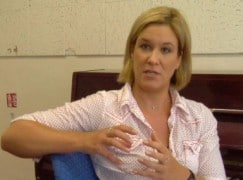 Saying Opera is not all about the voice is like saying Ballet is not all about the body.
Those who disagree  ultimately misunderstand the virtues, value and point of these, admittedly rarified, art forms. Rarified because they take to extremes what the human body- and that includes the brain-  can communicate in the context of music, and yes, VISUAL theatre.

To get the message of Opera, even more so than ballet, is perhaps harder in the times we live in  – an inescapably visual age. But it means that now above all we have to unite and keep the faith if this art form, that has been for centuries challenging the human voice to the heights of achievement for our ears and hearts, is to survive.

To sell tickets for anything these days you have to reach an audience via the internet or film or television. Ballet and certainly Opera do not thrive in these media. They need to form a loyal audience that loves what they are likely to see and hear LIVE. If we are to sustain the existence of opera we must make the visceral experience of opera in the theatre one that the audiences crave to repeat. They need to be astonished, moved, changed or inspired by the singing.

There is a currently an expectation in the press that the taste for singers looking good over sounding good are justified in the context of our ‘new operatic value system’. Richard Morrison in The Times writes: “We have to acknowledge the huge revolution that has hit the opera world in the last 20 years(…) Above all they expect dramatic credibility. They get that in films, in TV dramas and in the spoken theatre and don’t see why exceptions should be made for opera. When they are paying up to £215 a ticket, as at Glyndebourne, those expectations are pretty high. ”

At a time when around the world news continually breaks of the closure of a company or threat of critically falling audience figures for opera in general… Shouldn’t we all be wondering just what benefits this ‘revolution’ has brought?

Isn’t this the time for all of us who love the art form to ask consider what we can do in our own small way to question, support. change, and share the issues that opera is facing in present times?

(Of course we would always hope that as humans we can be kinder to each other and more sensitive than to deliberately harm one another, and some opera critics have been rightly questioned this week for failing to do so. )

MOST important however to remember right now is that this issue is SO much larger than being critical of a critic, or a singer, or anyone. We need to harness our considerable brain power and common sense and also CARE as a COLLECTIVE to re -think and reassess the problem opera faces.

One of the critics under attack this week, Rupert Christiansen, is the author of a well thumbed book in my possession as a young singer “Prima Donna: A History”. Rupert is well aware of the fascination factor that the very greatest female  -and male- singers have brought to the culture of Opera since it’s beginning. This has been a healthy thing for opera, until now.

NOW we are now no longer talking predominantly about the tone, size, greatness of their voice, their singing technique, their use of words, their charisma, ( NB charisma is not a purely physical thing) their communication, their ARTISTRY. We are now spending far more time recognising or praising them for their ability – or crucifying them for their failure- to look good WHILE singing.

Before this so called “revolution” the Metropolitan Opera in New York, 20, or even 40 years ago was far more likely to sell out every night than it does now. Now there’s a threat that the legendary opera house could well be dark altogether ( closed) next season.This is not of course all about the size of singers bodies or how media worthy they are.. But on some level it is…

Consumer confidence will not be high if the audience that pays £215 OR £10 for a ticket to the opera and is promised -above all- dramatic credibility. That would pretty much wipe out the vast majority of the greatest operatic performances of the past centuries that excited such love and passion for the art form!

There is an invidious suggestion that for opera to be a successful venture from now on in needs to normalised or at least brought into line with theatre, film or television.

A Diva or a Divo is not a normal human being . To pretend they are is in fact a HUGE mistake.   An operatic performance is nothing “normal” either. Opera is an extraordinary, luxury experience.
Diva/Divo = a great singer and someone who has done whatever it takes to formulate with their body and the invisible source of the sound – the larynx- over decades, the ability to ride a huge opera orchestra (and sometimes sound-absorbent sets) without microphone to, with utmost artistic precision and physical mastery, project the most fiendish vocal music ever written.

It doesn’t matter what size or shape they are, unless they can deliver this music they aren’t realising the reason why the Opera was written in the first place. And the deliverance of this music, this emotion, this pure message through sound has always been the thing that opera fans crave.
The need that we now have being hard wired into our expectations, and future DNA perhaps, is that these singers need to have bodies of a uniform and preferably slim frame and be ABOVE ALL ” credible” while doing it. The fact IS, is that there is a limited amount of things a singers body can do, and be, simultaneously while OPTIMALLY delivering the greatest realisation vocally of these roles. Yet that is where at its bottom (!) line.. the thrill and reason for opera exists. That’s the hook for the addict. And we want more of those – not less.

Are we REALLY are saying as a COLLECTIVE on deep, thorough and LOVING reflection, that we would rather sacrifice the vocal prowess of what we will hear at the opera for the believability of the characters on stage?
If so then that IS a game changer for Opera.  And it’s not for me or anyone to even guess where that will lead the art form in future decades, if it survives that long.

Yesterday however we had a “theatre critic” in the Daily Mail humiliate himself with his philistinism on the subject for public consumption.. his words will be widely read.. a loud, DEEPLY worrying, ignorant and above all UNCARING voice on the matter… Shame on his editor.

For those of us who love this Art and want others to love it too, what we have do to right now is to stop shouting at each other and listen.. Take this golden opportunity to UNITE and HEAR the message that opera is whispering to us..

If we don’t listen to its voice, it will be too late.

Maybe it calls for tough LOVE…

Are we tough enough?

Winners and whiners in the big, fat opera row »