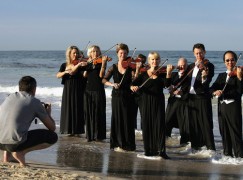 The veteran conductor, 85 today, has used his birthday to launch a fresh attack on the orchestra he led for close to three decades.

He tells the Dutch newspaper Het Parool that he has been ‘almost humiliated’ by the present management and ‘totally ignored’ during the orch’s 125th anniversary year. He singles out Jan Raes, CEO, and Joel Fried, artistic director, for particular criticism, saying they had ‘no contact’ with him and a lack of ‘interest in the (orchestra’s) tradition’. He wants to hand back the honorary title they gave him.

Apparently nothing has been done to mark the 60th anniversary this year of his debut with the orchestra. Read on here (in Dutch).

Down the years, Haitink has been frequently at odds with his national orchestra.