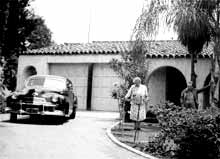 Cliburn’s Ukrainian winner: I feel the weakness of my generation

Vadym Kholodenko, winner of the 2013 Van Cliburn competition, has been talking to Elijah Ho about the political situation back home. Here is a taste of his anguish when asked about Russia and Ukraine:

Kholodenko: Thank you for asking, Elijah. My mother and grandmother are still living in Kiev, actually. I think Putin is very passionate about the idea of ‘empire’. Crimea was originally a very important place for the Russians, and the situation is probably a huge bonus for his next presidential election.

Actually, this probably guarantees a fourth, fifth, and 150th presidential term for him. From this perspective, this is good for Putin’s Russia. Putin’s Russia needs power. There is a phantom pain for the separated parts of the USSR that is still in Russian blood.

For Ukraine, this is a tragedy. This is a total failure of the diplomatic section, failure of new government, failure of hope that something can change in Ukraine, and in Russia as well. But all of this is nothing compared to the tragedy of the people. This is not your average war: this is civil war. This is a war between nations who were in the Second World War. Together.

Of course, all of this is just lyrical tweet. War means war. Through all of the hysteria, I feel the weakness of my generation, in comparison with the generation of my grandmother. That generation saw and experienced real war.