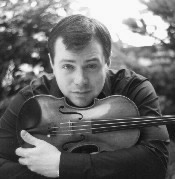 Twitter’s favourite cellist reveals how little she earns from Spotify

Zoe Keating is an e-phenomenon. As @zoecello, she has 1.2 million twitter followers upon which she has built a touring career that is a paradigm for balancing live performance and social media.

Today, she revealed the fruits of her labours in terms of annual earnings for 2o13. Click here to read the full document.

In sum, Zoe earned $75,341.90 from sales of singles and albums,  mostly by download from iTunes, Bandcamp and Amazon.

Zoe, as we’ve pointed out is e-savvy. She doesn’t think Spotify is good for working musicians. Nor do we.

An epic Figaro has died »