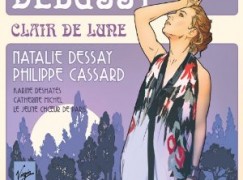 The head of Palau de les Arts Reina Sofia in Valencia, Helga Schmidt, has asked Zubin Mehta to be the next music director, replacing Omer Meir Welber, whose term is about to expire. Valencia is broke and losing most of its musicians. Schmidt is appealing to Mehta for charity.

In an interview with the FA today, Mehta despairs of the aging European audience. The best hope for classical music, he says, is China.

Q: Are you saddened by the fact that there’s a lot of grey hair in the

ZM: “That’s not the case everywhere. In Europe, it’s true that a large

proportion of the audience is older. A lot of people become interested

in classical music only when they’re older. But in Asia, there are a

lot of young people in concerts. I recently conducted in nine cities

in China and I only saw young faces in the concert halls there.

Q: Why do so many listeners reject modern music?

ZM: “Classical opera and the established works really do have a wide

audience in Europe and in Germany. Performances of Italian opera are

always full and Strauss’ Rosenkavalier is usually sold out. People

really don’t seem to like to listen to modern music. Nevertheless, I

don’t ‘spare’ audiences modern works. In my concerts in Israel, there

is always something new. You have to give young composers a chance to

have their pieces heard. We’ll see after 20, 30 years what remains. It

was no different in the 18th and 19th centuries.

Q: Are many of the rituals of the concert hall outdated?

ZM: No, I don’t think so. We’re successful. The concert halls are

full. I don’t see any empty seats in my concerts. We have three

world-class orchestras in Munich. They are all crowd-pullers.

ZM: “Children are like sponges. They soak everything up. You can see

that in how easily they learn languages. It’s the same with music.

Q: Should children start learning to play an instrument at an early

ZM: “Very early. Then you can see if a child has talent or not. Not

everyone need play an instrument. Some can just listen. But if a child

has talent, then we have to make sure that they can develop their

abilities. But over-ambitious mothers can do a lot of damage here.”

Q: How important is singing at school?

ZM: “It’s the basis for everything. Unfortunately, so many schools

have stopped singing. Children should sing from the very first class

Q: There are a lot of first-class orchestras in Germany. Is this a

ZM: “No. It’s not a luxury. Standards have risen in Germany. Earlier,

only large cities had really good orchestras. But now there are

excellent ensembles even in medium-sized towns. There’s been a similar

development in the United States as well. There are no longer only

five, but 20 world-class orchestras there, because the training is so

good. Investing in music schools and orchestras is a good investment.”