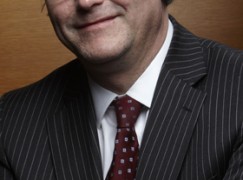 With the directness of a Finn, Osmo Vänskä has announced that the Minnesota Orchestra president Michael Henson must leave if he is to return as music director.

‘For any healing to begin at the orchestra, Michael Henson must go,’ he announced on Minnesota Classical Radio.

It is unusual, not to say exceptional, for a conductor to demand the head of an organisation that employs him as a condition for future performance. But Osmo is uttering no more than the obvious and the necessary.

Michael Henson has been the executor of a 15-month lockout of the musicians. He has been accused of misleading the public and its legislature and he has never once come out from behind his desk to provide a moral defence of his actions.

Osmo’s right. He must go.

Out of orchestral management altogether.

« Meet the two faces charged with theft of Milwaukee Strad

Telegraph dumbs down its defence of BBC Radio 3 »