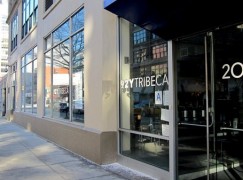 Two power players in Miami have got together to link the university’s school of music to the talent-development faculties of Universal Classics. The idea is to give students access to career-building knowhow, and the labels a glimpse of what’s coming up. Looks like a win-win. Press release below.

February 27, 2014 (New York, NY) — Elizabeth Sobol, President and CEO of Universal Music Classics (pictured above), and Shelly Berg, Dean of the Frost School of Music at the University of Miami, announce a strategic business-academic partnership to launch Universal Music U @ Frost, a focused research initiative to identify and innovate new ways for aspiring young professional musicians to build and meaningfully engage with broad-based audiences for “classic” music genres.

The initiative, Universal Music U @ Frost, will center around four areas of innovation –the concert experience, the training of performers, the role of the record label, and the building of a worldwide network of young composers, practitioners and consumers who represent the future of classics.

Frost School of Music students and faculty will work with executives and artists from Universal Music Classics, who will be onsite for hands-on “externships,” to develop and test new live concert and recording models, create new marketing approaches, and innovate new audience and social media strategies in keeping with ever-changing technologies and societal developments.

Collaborative plans for Universal Music U @ Frost also include co-developing a new type of master’s degree in performance at the Frost School of Music with courses relevant to today’s professional world, such as concert programming, new recording paradigms, audience development, entrepreneurship, touring, stage presence, long-term career development, and business management. Some of these courses will be made available online, including an online certificate program

Ms. Sobol, recently appointed President & CEO of Universal Music Classics, is spearheading the division’s revitalized commitment to the best that “classics” stands for – music rooted in the classical tradition, while also encompassing a variety of genres including contemporary, jazz, and world music.  Universal Music Classics (UMC) aims to “re-imagine classics,” with a new focus on U.S. based A&R signings, while remaining the American home of the prestigious Decca, Deutsche Grammophon, Mercury Classics and continuing its long-standing relationship with the esteemed ECM label.  Prior to joining Universal in April 2013, Sobol was Managing Director of IMG Artists (N/S America) and counted amongst her personal management clients artists such as Joshua Bell, Itzhak Perlman, James Galway, Hilary Hahn, Evgeny Kissin and the Emerson String Quartet.

Shelly Berg is a three-time Grammy nominated arranger and producer, Steinway piano artist and internationally renowned recording artist and award-winning educator. He was identified in 2000 by Los Angeles Times as one of “three educators for the Millennium.” He became dean of the Frost School of Music in 2007 and quickly facilitated the revamping of its entire undergraduate curriculum to be more relevant for the 21st century and in the process recruited over 35 new performance and research faculty with top industry credentials.  The new Frost Experiential Music Curriculum incorporates performance, composition, improvisation, history and theory into small, hands-on “experiential” classes organized around chamber music and small group experiences, and require all undergraduates regardless of major to take classes in music technology, music business and entrepreneurship.

« Just in: Coroner’s verdict on the tragic death of classical agent