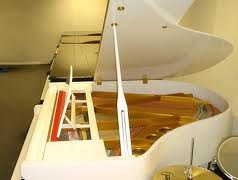 The conductor issued the following statement to his orchestra on arriving in Los Angeles from Caracas. He has also denied to the LA Times reports that the country’s beleaguered president attended his concerts

TO MY LA PHILHARMONIC FAMILY

I abhor and renounce all violence.  I love my country and its people, and what is happening pains me beyond words. The values and music making of El Sistema represent the very best of Venezuela .  For almost forty years, the importance of El Sistema to millions of people both in and outside of Venezuela is impossible to measure.  I cannot allow El Sistema to become a casualty of politics.  Regardless of political or public pressure, I will continue this work in Venezuela and throughout the world.

Much has been written about what I should or should not have done, as the streets outside our Caracas concert hall erupted in violence.  Should the concert have been cancelled, thereby sending hundreds of young people who had already arrived at the hall back into those same streets?  My answer was and remains NO to violence and YES to El Sistema’s core values of peace, love and unity.