Working at the Colburn School this week, I was asked if I’d like to hear some up-and-coming artists. You best, I said. Then came the bonus: they would play for us in the Jascha Heifetz studio.

When Heifetz died in 1987, his house was sold to the actor, James Woods, who announced his intention of demolishing the studio building created for the great violinist in 1948 by Frank Lloyd Wright, Jr.

Richard Colburn stepped in and bought the building, dismantling it brick by brick and keeping it in storage for 15 years until the elite school he was creating had space to accommodate it. Restored exactly as Heifetz left it, it serves today as a teaching studio for Robert Lipsett (pictured), who auditioned for Heifetz as a nervous student back in 1974.

I got to hear Bob’s star find, a 17 year-old US-Chinese girl so perfect and poised that I won’t utter her name because she is going to make it to the big time very soon without need of endorsement from this source. She’s playing her first concertos later this season.

I also heard the Calidore Quartet playing two movements of Hindemith before hitting the road with a WW1 programme.

Top-class playing, and to hear it in the private room of the greatest violinist of all is a privilege I won’t forget in a hurry. 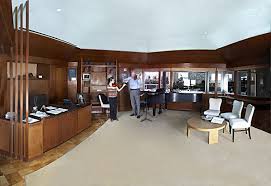 Ron Marlowe, piccolo player in the Halle Orchestra for almost 40 years, has died. Players were informed at rehearsal in Manchester and are reported to be ‘very sad’.

Ron can be heard here in a history of the Halle’s flute section.

Here’s a biography from Pearl Flutes:

Ronald Marlowe was born in London but spent most of his younger years living on the South Coast of England, and his flute-playing career sprang from his enjoyment of the flute as an enjoyable childhood hobby.

His moment of inspiration came in 1964 when he attended a concert given by the Bournemouth Symphony Orchestra under the great Constantin Silvestri. The concert was a revelation, and the beginning of an idea that he might one day forge a career as an Orchestral Musician.

In 1968 he entered Trinity College of Music, London, studying flute with Harold Clarke and piccolo with Lowry Sanders. He then joined the BBC Welsh Symphony Orchestra as Second Flute, staying for an enjoyable three years. An audition with the Hallé Orchestra in Manchester led to his being appointed Principal Piccolo in 1974.

A public park in Prague, named after Gustav Mahler and erected on the site of a former Jewish cemetery, has been vandalised by its present owner for commercial purposes. The Park is near the Zizkov TV tower. The report that has been sent to us is three months old. Do let us know of the present state of the facility.

The release below has just dropped from City of London Police.

Philip Pickett, 63, is a much-recorded ensemble director and recorder player. He leads the New London Consort and Musicians of the Globe.

He has been charged with 15 offences apparently against nine victims while teaching at the Guildhall School of Music in London from 1972 onwards. Presumptions of innocence apply until guilt is proven.

Philip John Pickett, from Lyneham, Chipping Norton, Oxfordshire, a former freelance teacher at the Guildhall School of Music and Drama is accused of,

Mr Pickett, who was a freelance teacher at the school between 1972 and 1997, has been bailed to attend City Magistrates Court on 28th February.

Anyone with information that may assist with this investigation is encouraged to contact City of London Police on 020 7601 8177/8175  or via the 101 non emergency number, you can also email: investigation@cityoflondon.police.uk. Alternatively you can contact Crimestoppers anonymously on 0800 555 111.

Days after the passing of Violette Jacquet-Silberstein, we regret to report the death in Wellington of  Clare Galambos Winter, a founding violinist in the New Zealand Symphony Orchestra.

Clare was taken as a teenager from Hungary to Auschwitz, where her entire family was put to death. She survived as slave labour in a munitions factory. In a DP camp after liberation, an American general put out a call to find her a violin so she could resume her intended vocation.

Her full story is here.

Corinna Connor writes from Wellington: In recent years, Clare kindly loaned two of her violins to outstanding students at the New Zealand School of Music.  Clare’s contribution to the musical life of Wellington, and to the historical and musical education of young people in the city was outstanding.  It was my great privilege to meet her on several occasions, and my brother was a recipient of one of her violins for a year.

But there’s sure to be a next time. Online trading shows promise of finishing off the flagship shops where aspiring dealers learned to tell one instrument from another. Globalization shows promise of goldrush markets — think China — where the rich are new, expertise is minimal, the rule of law is frail and the long-awaited outburst of Strad fever is bound to arrive.

Be very alarmed. Read on here.

Deborah Hoffman, principal harp at the Met from 1986, died today after suffering from a prolonged and rare lung condition. She was just 53. 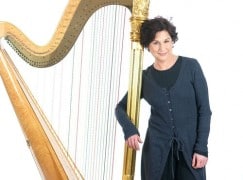 Daughter of the founder-conductor of the Florida Orchestra, Irwin Hoffman, Deborah won first prize at the 1981 American Harp Society Competition and was a top prizewinner in the Seventh International Harp Competition in Israel. A Juilliard graduate, she taught at Verbier and Manhatan School of Music.

We lost Deborah Hoffman today. She fought valiantly against multiple illnesses and survived a lung transplant longer than anyone expected. What a great musician and enchanting person she was and will always be. I will miss her. I hope she is teaching angels how to play the harp right now.

Barely had the article gone online than Facebookers began hi-fiving one another on their alma mater appearing in a Spears list of the world’s seven best music schools.

Firstly the seven schools are only US, UK and Holland.

So Vienna, St Petersburg, and Cologne don’t qualify? Makes you wonder why so many UK and US students go on to these top conservatories after failing to obtain what they need in London and New York.

Second, choosing both the RAM and RCM in London ahead of the Guildhall is, on present form, ridiculous.

Third, Berklee is not a first-choice US school. After Juilliard and Curtis, students would look to the Colburn (LA) and Yale for full scholarships and to Bloomington, Cleveland and San Francisco for instrumental specialties.