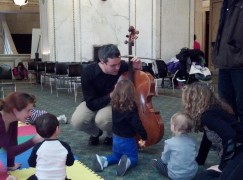 Arts Council England announced today that it has taken extraordinary measures to avoid a 17% funding cut from 2015/16. By dipping into National Lottery revenues, which it manages, the ACE will restrict the cuts to two percent.

The bad news/good news ploy was used to disguise a flagrant raid on Lottery money, which has been been firewalled until now for new buildings and projects under a principle known as ‘additionality’. By blurring those lines, the ACE has opened the door to a dangerous precedent – the prospect that, under a future Government, the state might withdraw altogether from funding the arts and leave their maintenance to the vagaries of Lottery income.

First report here. The Guardian follows up, uncritical as ever of its ACE sacred cow.

Netrebko calls sick on the Met »