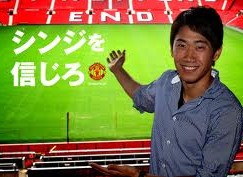 The concerts where a girl says, Yes!

While auditioning for the concertmaster’s post at Chattanooga, Holly Mulcahy sniffed something in the air-conditioning  and recognised it as romance. What’s going on? she asked when they gave her the job.

Here’s what she found out:

There have been over 20 blind dates in the past year at our Chattanooga Symphony & Opera concerts.

Most were organized by a local university which helped students meet each other at our Volkswagen Concert Series, a more casual kind of concert that takes place at the Volkswagen auto plant here in Chattanooga.

The first time I saw the blind date groups was during my trial week last year when music director, Kayoko Dan, welcomed the couples before we played. The audience erupted with applause! The couples were dressed to impress and it set the mood for that afternoon’s concert and the rest of the series where other couples met up for their first time.

While there have been a few genuine matches made from these blind date concerts, the exciting part is that people consider these concerts to be “date-worthy”. I couldn’t agree more since there is no awkward silence over a meal, but an instant shared experience to talk about after the concert. The other trend at our concerts seems to be marriage proposals! The second one was during our “Home for the Holidays” pops concert last night!

She said Yes, by the way.

« In video interview, Khodorkovsky says, ‘I dreamed all these years of attending a classical concert’