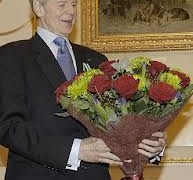 The Moscow theatre has a hole in the pit and needs to fill it fast.

Three names have been leaked to the Russian press as leading contenders:

– Tugan Sokhiev, a Gergiev protégé, presently head of the DSO Berlin and the Capitole orchestra in Toulouse;

– Vasily Petrenko, chief of the Royal Liverpool and the Oslo Philharmonic and principal guest at the Mikhailovsky in St Petersburg;

– Dmitry Jurowski, younger brother of Vladimir who has repeatedly shunned approaches from the Bolshoi.

Of the three, only the last would be available in the immediate future.