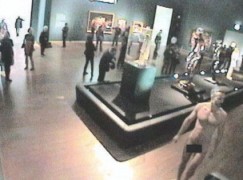 In the run-up to its New year showcase, the Vienna Philharmonic Orchestra has let it be known that honours it gave to six Nazi leaders have been withdrawn. It has also admitted past intentions to present an honour to Adolf Hitler.

The six who have been stripped of Vienna glory are:

Baldur von Schirach, the Gauleiter who purged Vienna of its Jewish population;

Too little, too late.