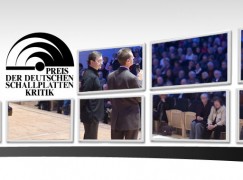 The World Customs Organisation has issued a reminder that the new EU rules come into force on November 21. In effect, you should be able to take any musical instrument carried for personal use through the green channel of all EU airports. Including Frankfurt.

Press announcement below. Print it out and show it to customs inspectors.

The European Union’s recent amendment of the Customs Code’s implementing provisions regarding the temporary import, export and reimport of portable music instruments was welcomed by WCO Secretary General, Kunio Mikuriya, who praised the benefits for both cultural life and economic activities.

According to the new amendment applicable from 21 November 2013, travellers may temporarily import/export portable musical instruments as professional equipment without customs formalities. This means that when travelling with such instruments they may use the green or ‘nothing to declare’ Customs channel at airports.

Previously, portable musical instruments which were temporarily imported by travellers with the intention of using them as professional equipment were to be presented to Customs and to be declared explicitly for the temporary importation procedure.  Because some musicians have been negatively affected by the application of Customs rules at import, the implementing regulation simplifies the access to the temporary importation procedure by allowing portable musical instruments intended for re-export to be declared by any other act (for instance, by going through the green or ‘nothing to declare’ Customs channel at airports) .

At the WCO, this issue has been discussed at the Administrative Committee of the Istanbul Convention and the Meeting of the Contracting parties to the Customs Convention on the A.T.A. Carnet for the temporary admission of goods (A.T.A. Convention).  Experts attending the meetings agreed that limited knowledge of the rules on temporary admission might be causing problems and concluded that raising awareness among Customs was important to ensure proper implementation of the rules.

WCO Members will continue sharing experience and operational practices regarding temporary admission and the use of the ATA Carnet.

The new regulation is available by clicking here.

Just in: Max bounces back with 10th symphony »