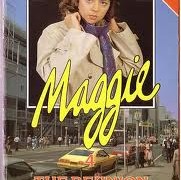 Dirty linen: Ex-head to be called as witness in Purcell School court case

The Watford employment tribunal, considering a claim for unfair dismissal and sexual discrimination, has demanded the recall of Peter Crook to give evidence at a 13-day hearing in May. Mr Crook disappeared from the school with a £200,000 payoff after being videod in what appeared to be inappropriate conversations with students. His testimony would cause extreme embarrassment to the institution.

In this week’s tribunal hearing, barrister  Tom Coghlin successfully argued that there had been a four year campaign of events against a teacher, Ian McMillan, initiated by the former Head Peter Crook and continued after Mr McMillan’s dismissal by the current Head, David Thomas.

Mr Coghlin highlighted numerous examples of discrimination by the school towards Mr McMillan.
Access was requested by Mr McMillan to an Independent Review commissioned by Purcell school Governors in September 2009, following two investigations by Watford Police and Hertfordshire Social Services which resulted into the dismissal of Head Peter Crook in October 2011. It is thought the report contains homophobic evidence relevant to this case. Forty eight members of staff at the school contributed to this report, which was conducted by two retired Headmasters. The Review has never been made available to staff or new Governors.
It is proposed to call Mr Crook to the full Tribunal in May, next year, and the logistics of bringing him from Dubai, where he is now still teaching in a British school, was discussed.
It just gets worse and worse for the Purcell.

« Philosopher of music education has died