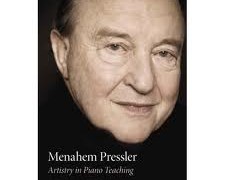 A year ago, the Banff Centre in Canada dismantled its classical residencies and pretended nothing had changed. A furore erupted on Slipped Disc and the administration issued more bromides, which were gratefully reprinted by sections of the Canadian press. A year has passed.

The former artistic director Henk Guittart wrote a dissenting letter to the paper, which it has failed to publish. He is happy to share it with Slipped Disc. Henk, in brief, accuses the Banff Centre and the newspaper of disseminating misinformation. Canadians should find his letter riveting.

UPDATE: And when they’ve read it, they might be even more appalled by this.

Letter to the Editor

Please allow me to respond to the article “Classical Music at the Banff Centre: It’s a religion, with its own doctrine”, by Ian Brown, published Sept. 29, 2013

In my view this article contains questionable statements as well as condescending views of audiences and it presents facts which need to be contradicted or corrected, in view of the  “authoritative news” that the Globe and Mail claims to bring. I will limit myself to the most urgent matters:

–        To my knowledge The Banff Centre ( not an “elite school”) has always welcomed musicians from all genres. During my seven years in Banff I witnessed a lot of residencies from “non-classical” musicians, including special Indie band residencies. One can differ of opinion about the desired proportions of genres, but during my days there were no prescribed numbers for certain genres, the one and only criterium was artistic quality, not a specific preferred genre. So there has always been a natural flow of residents, with unpredictable proportions of genres (of for that matter of instruments). The need or desire to change proportions of genres was never discussed with me.

–        To describe the storm of passionate criticism from hundreds of serious protesters (not just Canadian but also international residents -including “non-classical”-, and past and present guest faculty) in reaction to Mr. Melansons announced change as “the tiny tendentious town of Canadian classical music popped a gasket”, is misleading.

–        It is not true that “suddenly the Centre’s internationally renowned classical music department had to share its trove of financing with jazz musicians”. Wrong conclusion, or wrong informed? I leave that for others to correct.

–        I am depicted by Mr. Brown as “traditionalist”. I regret that he did not use the opportunity to meet me while we were both on campus, to inquire about my point of view,  and that he did not contact me later regarding this matter. Although all musicians, of all possible genres, always in one way or another build upon tradition, which is therefor not such a bad thing, I think that it is safe to say that for anyone who knows me, and for those who don’t and would take the trouble to look at my artistic output of the past 40 years and/or at my biography, the label “traditionalist” seems a too limited term, certainly when it comes to my projects  and my programming at The Banff Centre. It also gives the sense of me being in a certain “camp”, which I am not.

Ironically, the programs of the summer, including BISQC, seem to fit the description of old-fashioned “traditionalist” music life much better.

–        The unique residency program in fall and winter exists since over three decades, it has proven to be essential and crucial in the artistic development of many musicians and has-again- always welcomed musicians of all genres. From my arrival in the fall of 2006 until my being “ousted” in 2013,  I have heard (and coached with mutual pleasure) many “non-classical” musicians in Banff. The hugely varied artistic output of the many-sided talents that I witnessed in Banff formed the essential content of the concerts, often with a quite unusual mix of genres. As I often said in my pre-concert chats, referring to unfortunate existing biases and labeling of genres: “music is music”.

–        To describe, or worse: prescribe, the way an audience should feel and how music should be (“fun and provocative”) doesby no means do justice to the countless feelings and emotions that music of all genres offers.

–        To describe an audience by their age, ability to walk, and loss of hair is in my view not relevant, and misused in the context.

–        Is Banff (or Mr. Melanson) re-inventing the wheel? The idea of nurturing ( guiding, educating) musicians of all genres is really nothing new. Many well-known music schools/universities/academies/conservatories all over the word present those genres (and more) as mentioned by Mr. Melanson in their curriculum, and on a very high level. I am proudly teaching at one of them, since 23 years, in Rotterdam: Codarts. And his desire that the specialists might begin talking has been fulfilled ever since the start of those genres, many decades ago. The communications between creative artists from different genres can lead to inspiration and merging or for that matter separating, all with admiration and respect. I am proud to say that I always have been and still am part of those fruitful encounters. And it continues at all levels, also in Canada, I think. Could it all be ignorance?  I know this will be his word against mine, but since in this case his word has had many chances and mine was not heard so far: in the brief meeting we had at the end of September 2012 Mr. Melanson stated that he would not renew my contract because he wanted to change the Fall and Winter program completely in the direction of “non-classical” and then preferably Canadian music. He obviously had made up his mind, without any prior discussion with me about the possible changes, and he seemed not interested in my experience nor in my views. When I asked him about the future of classical music in the program he answered that if at all its role would be marginal. I am glad for classical music that the public opinion has made him change that plan. And I am sad that his actions have robbed me of a valuable and artistically succesful connection with about 200 musicians per year as well as with a very special attentive and appreciative audience.

–        During my years as director my guest faculty and I never focussed our help/guidance/coachings on the “cult of perfection” or the “fear of making a mistake”, but much more on “the uncertain vitality”.

The Hague, The Netherlands

« New video: Yannick and the Philly at the non-Carnegie pop-up concert

Lyric Opera founder is no more »