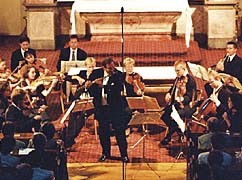 Slipped Disc editorial: Minnesota find yourself another country to be part of

In the thick of the civil rights struggle, the protest singer Phil Ochs wrote an ode to a southern, racist state. The refrain went:

Oh, here’s to the land you’ve torn out the heart of

Mississippi find yourself another country to be part of.

In the smaller world of symphonic music, those lines now apply to the Minnesota Orchestra. Over the past year, its board and executives have locked out their musicians, driven many of them out of the state and forced the music director to resign.

Most people we talk to in the US concert world want nothing more to do with Minnesota. The Orchestral Association has covered itself in disgrace, spending millions of dollars on a new lobby while reducing the hall and the city to silence. Throughout this dispute, the board has seemed to occupy a bubble of unreality, plugging fingers in their ears and going la-la-la at the storm they provoked.

There is no way back for these outcasts after today’s resignation of the music director. The only honorable course now is for the board and chief executive to resign.