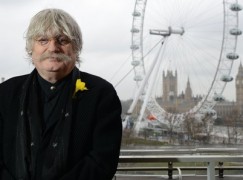 The Paris instrument maker Frédéric Levi has been following with professional interest the story of Wallace Hartley’s violin that supposedly went down with the Titanic. M Levi does not dispute the various tests that have been carried out on the instrument over the past seven years, but he poses a simple question:  why has the object not been presented for examination to a qualified luthier?

M Levi has been in touch with the auctioneers and told them that he finds various inconsistencies with the story of the violin – the state of preservation, tempering of the  varnish and more.

He adds that, in his experience, immersion in water would not cause cracks on the front , and that traces of glue suggest  attempts at repair that were not connected to any immersion. His concerns add a further dimension of doubt.

St Louis in mourning for bassoonist, 27 »