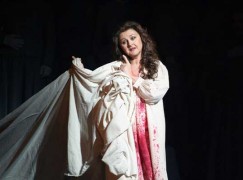 The pianist collects another meaningless title. Press announcement below#

AS UNITED NATIONS MESSENGER OF PEACE

United Nations Secretary-General Ban Ki‑moon will designate the world-renowned pianist Lang Lang from China as a United Nations Messenger of Peace with a special focus on global education.  The designation ceremony will take place at United Nations Headquarters on Monday, 28 October, at a press conference to be held in the Dag Hammarskjöld Library Auditorium at noon.  Lang Lang will perform Chopin’s Waltz No. 1 for the occasion.

Messengers of Peace are individuals who possess widely recognized talents in the fields of art, film, literature, music and sports, helping to raise worldwide awareness of the Organization’s ideals and activities.  Through their public appearances, contacts with the international media and humanitarian work, they expand public understanding of how the United Nations helps to improve the lives of people everywhere.

In selecting Lang Lang for the designation, the Secretary-General said:  “As Goodwill Ambassador for UNICEF, you have used your unique ability to inspire audiences around the world to help improve the lives of children.  I am pleased that you will now be promoting global education, a key driver of human progress and well-being.  I look forward to working with you to advance my Global Education First Initiative.”

Lang Lang, who began playing the piano at age three, played at the opening ceremony of the 2008 Summer Olympics in Beijing, the 2009 Nobel Peace Prize ceremony for United States President Barack Obama and the Diamond Jubilee Concert of the Queen of the United Kingdom at Buckingham Palace in 2012.  He has performed with all the great orchestras and maestros around the world.

Lang Lang also has a keen interest in child development and the important role that music education can play in children’s lives.  Lang Lang said:  “My passion for playing the piano is only as good as the people it can touch.  The youth of today is the world audience of tomorrow.  I will do everything I can to communicate the message of education to everyone that I connect with in the future.”

In October 2008, he launched the Lang Lang International Music Foundation, with a mission to inspire and motivate the next generation of classical music lovers and performers, and to encourage music performance at all levels as a means of social development for youth, building self-confidence and a drive for excellence.  The Foundation operates with the conviction that music is a universal language and that music can open opportunities for communication, understanding and acceptance.  The Foundation strives to ignite a passion for music in youth so that they can be leaders in bridging cultural gaps and helping unite local and global communities.

In his work with the United Nations Children’s Fund (UNICEF), Lang Lang, a powerful advocate for the well-being of children around the world, has helped raise awareness to ensure every child’s right to quality health care and education.  In addition, he has frequently used his music to raise funds for UNICEF and for humanitarian aid in emergencies, such as a special performance for a sold-out audience at Carnegie Hall in New York to benefit the UNICEF emergency response to the earthquake in Haiti.

Further information about the Messengers of Peace is available at http://outreach.un.org/mop/.