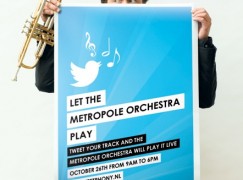 Just in: Six orchestras are under threat in Finland

Finland has more symphony orchestras per population (17: 5million) than any other nation. It also has more saunas per orchestra than anywhere else.

Neither of these facts has been, until now, politically contentious. Both contribute to the most admired education system on earth.
But cuts are kicking in and a sword is hanging over six ensembles.
Orchestras currently under threat are: Kuopio Orchestra, Lohja Orchestra, Kemi Orchestra. In addition, Lappeenranta Orchestra, Lapland Chamber Orchestra (chief conductor John Storgårds) and Helsinki Baroque Orchestra are under pressure.
The political pressure comes from the fast-rising, isolationist True Finns party. The TFs now have members in many municipal councils and in the national parliament. The Finnish consensus is under threat.
Here are some recent links (in Finnish):
* Kuopio Orchestra in severe problems; deputy mayor: “It’s not out of question to discuss shutting down the entire orchestra”)
* Helsinki Baroque Orchestra loses its regular subsidies from Rauma municipality”
* “Politicians in Lappeenranta have suggested shutting down the orchestra”
* Rovaniemi municipality proposes to cut down touring and recording subsidies for Lapland Chamber Orchesta as well as reduce funds to hire extra musicians to fill up this 15 member orchestra
“True Finns: No more municipality funding for Lohja Orchestra”
* “The municipality stops funding the local string quartet” (also a vital part of Kemi Orchestra)“

I’ll be playing Beethoven for free all day tomorrow. All night, if needs be… »