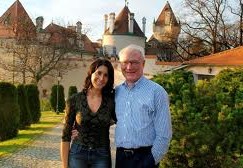 The music director of the Minnesota Orchestra has resigned. Here’s his statement. You read it here first. (We have been told he will say nothing more on the subject and is not available for interview.)

Today I have given notice of my resignation as Music Director and Conductor for the Minnesota Orchestra Association, effective 1 October 2013.

It is a very sad day for me. Over ten years ago I was honoured to be invited to take up this position. I moved from Finland to the Twin Cities. At that time I made clear my belief that the Minnesota Orchestra could become one of the very greatest international ensembles. During the intervening years I have had the privilege of seeing that belief vindicated through the skill, hard work and commitment of this wonderful group of players and with the valued support of the Board of Directors, management and administration team, volunteers, as well as our exceptional community.

I send my deepest thanks to everyone involved for what we have achieved together and I wish the Minnesota Orchestra all the very best for its future.

Slipped Disc editorial: Minnesota find yourself another country to be part of »