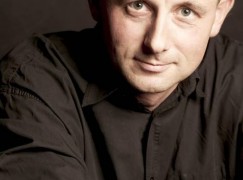 Amid mounting rumours about his successor, and a change of general management at the opera house, Daniel Barenboim has let it be known he’s leaving Milan at the end of 2014, two years ahead of schedule. Here’s the AP report:

The famed La Scala opera house says Daniel Barenboim will leave the post of musical director at the end of 2014, two years before his contract expires.

Barenboim first joined La Scala with the unofficial title of principal guest conductor in 2006 before becoming musical director in December 2011.

General manager Stephane Lissner informed unions of the musical director’s departure plans Monday, noting Barenboim’s many other projects, including one to establish an academy for Israeli and Palestinian musicians.

Lissner himself is leaving for the Paris Opera next September, turning over the reins to Alexander Pereira, an Austrian who has indicated he would like an Italian to be the next musical director.

Just in: Players in US orch vote to quit their union »