One of the world’s leading conductor agents has received a major promotion, and the former editor of Gramophone is embarking on a significant career change.

Kathryn Enticott, head of conductors and instrumentalists at IMG Artists, has been appointed joint managing director of the company’s European division. An agent of rare dedication who regularly burns midnight oil for such clients as Franz Welser-Most, Joshua Bell, Alan Gilbert and Hilary Hahn, Kathryn has been the focus of some heated head-hunting in recent months. So IMG moved fast to lock her in to a new position. 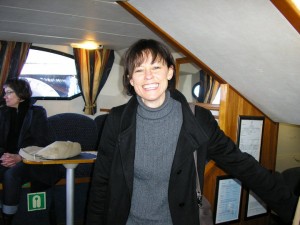 We also hear that James Inverne, who left Gramophone abruptly in October and has been freelancing vigorously in various fields, has decided to enter artist management. His new agency, with several influential backers and clients, will go live in a couple of months. One of its key strategies will be to combine career guidance with professional image management (formerly known as PR). We wish him well.