Sources close to the Indianapolis Orchestra, which parted with its British president last night, suggest that Simon Crookall’s resignation may be linked to the strange disappearance of artistic administrator, Martin Sher. 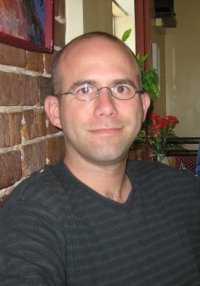 A well-liked industry figure, Sher is listed in his job by the LOA, but has vanished from the Indy site. His tweet last night may express satisfaction at Crookall’s departure. Here’s what he wrote:

My source says that music director Urbanski objected to Crookall firing Sher and that this move may have precipitated Crookall’s departure.

One way or another, Indy has an unhappy orch.

UPDATE: An orchestra official who was insistent that Crookall resigned of his own volition and was not fired, refused to respond  on the case of the missing Sher.  ‘As a policy, the ISO does not comment about matters related to personnel,’ emailed Tim Northcutt, Assoc. Dir. of Communications with the Indianapolis Symphony Orchestra.

No comment, I guess, unless it’s the prez that has skipped off.

SECOND UPDATE: Martin Sher has been in touch with a tweet: ‘my exclamations were actually in celebration of a family matter, nothing to do with anything else.’